Clothes I Found In The Bird Nest 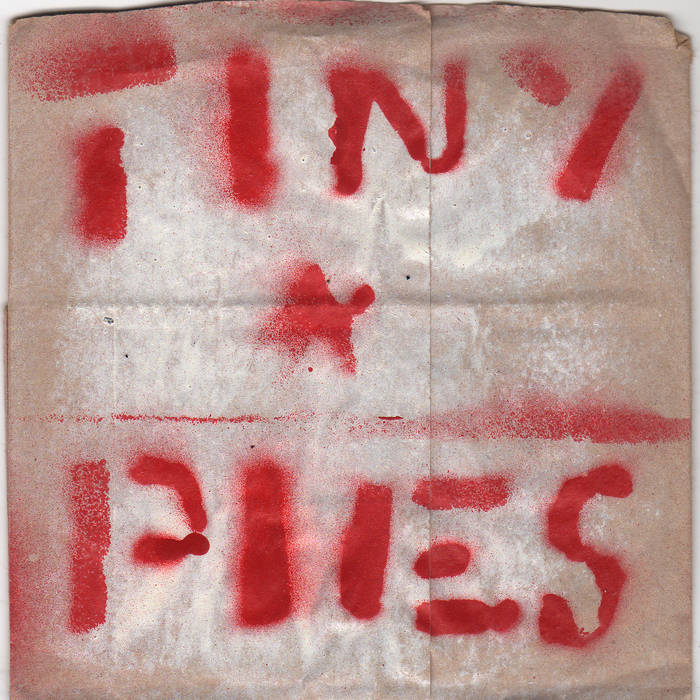 "I've always felt like a mama bear in our little PHX DIY Scene. My wife and I always offered up our floor to folx on tour, gave rides to kids who needed them, bailed out bands if they found themselves in some trouble & I loved hanging with little kids who found themselves in these spaces we occupied. So of course I was overjoyed when I found out that Tiny Pies (Griffin) and their friend Pat were still just kids themselves, when they tour through PHX and played at Four White Walls.

I'm not sure if I booked this show or just ended up there. But we offered up our humble (shitty) condo to Pat and Griffin after the set. I don't remember much about that night, but a couple moments stick out: Tiny Pies' cover of "Train In Vain" was incredible, they ended their set with it & I just remember being so excited to sing along with this crusty little kid to my favorite Clash song. After Griffin & Pat got back to our place Griffin asked if I could give them a haircut, it was just really adorable & I loved feeling like we were kind of mothering these two, making sure they were well rested & fed & cleaned up for their tour.

I assumed my brief interaction with Griffin would be just that, but I ended up running into them several years later when just by chance they came into this Record + Candy Store my wife and I opened (Sweets & Beats) right up the road from where Tiny Pies had played years before. Griffin was Definitely an adult now & I was pregnant with my second child while my first one ran around the shop. We recognized each other, hugged and caught up. IT was a really sweet surprise to see that Griffin was doing well. I haven't seen them since but I hope they are taking care of them self & if they ever need another haircut or hot meal, I'm on it."-Emily

**NOTE FROM HEIRLOOM RECORDS**
I was not able get in contact with Tiny Pies to get permission to release this album. I tried really hard and had multiple friends attempt to track them down as well. So... GRIFFIN IF YOU DO NOT WANT THESE RECORDINGS ONLINE ANYMORE PLEASE TELL ME. I will take them down without hesitation. I just really love this CDr I bought from you at that Four White Walls show and wanted to share it with the world.

Tiny Pies on this Recording is Griffin, David, John, Pat and Doby
Mastered by Dan
Messages are from Spoonboy, My Mom, Kevin, David and Jeffrey!
Tracks 2, 5, 8, 9, 12, 13 recorded at Doby's House
Tracks 3, 6, 10, 11 recorded at the Birdnest in Portland, Oregon
Track 4 was recorded at Dan's House
5 and 14 were recorded at My House
7 was recorded in Ashland, Oregon at the Cycle Hostel
15 was recorded in Pat's Car and contains Elements from Young People's "Tammy Faye" and R. Kelly's "Trapped in the Closet"