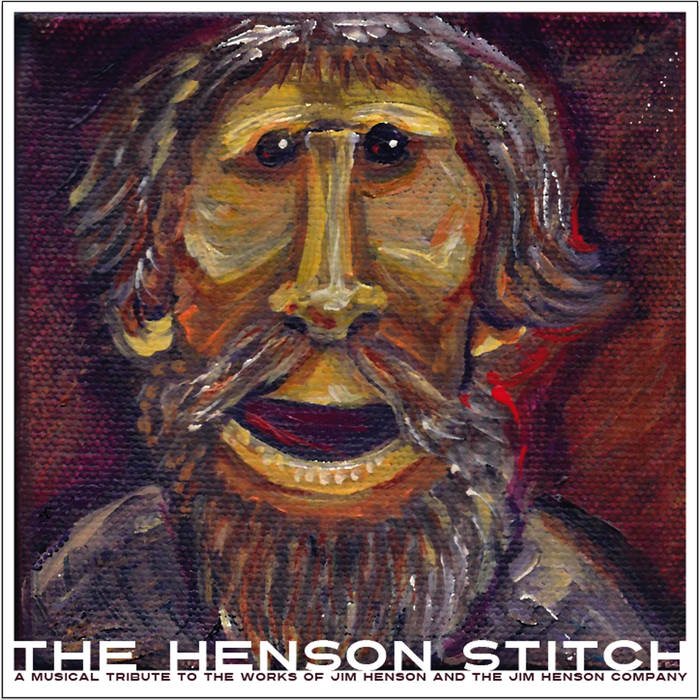 "Sometime in 2012 an invitation was sent out to DIY musicians everywhere to show their love for muppets and all things Jim Henson Co. related and record a tribute to the beloved Jim Henson.

I for one was thrilled beyond belief. Jim Henson was a hero to me growing up, as he was for many other odd ball kids of the 70’s and 80’s. Not only did Jim amaze us with lovable colorful creatures and mysterious and entrancing new worlds, he included extremely well written and catchy music to boot.

This compilation is filled to the brim with 50 beautiful to bizarre interpretations of music from the likes of Sesame Street, Fraggle Rock, The Muppet Show, The Dark Crystal, The Labyrinth, and more."-Davin Abegg (Secret Abilities)

"In one way or another, Jim Henson projects have always been a part of my life, like any big situation that I've dealt with in life. When I learned about death, it was on an episode of Sesame Street when they explained to Big Bird that Mr. Hooper wasn't coming back. A week later, Lucille Ball died and I understood what that meant to have somebody you know die and be gone. A week after that, a woman who took care of me named Linda, to help my mom while she was working and taking care of three kids, had passed up. When is an awkward junior high are The Muppets in It Ain't Easy Being Green was a song that I connected to .when I was dealing with abuse from my dad, a movie that helped me through that was, oddly enough, The Muppets movie helped me through that. This idea of hoping that miracles can happen or things can get better resonated with me, I guess. When I went through a dark, broody stage, teen stage, it was The dark crystal and The Labyrinth. Even when I hitchhiked around the country, I would listen to on Spotify Moving Right Along.

So no matter where I've been in life, Jim Henson's projects have always followed me in essence. Then when I got into making music and saw, at least in the DIY scene, what felt like a considerable sort of Muppet show influence. A kind of vaudeville or variety hour theme that was everywhere. The more I met people in these scenes. The more I realized a lot of us were, in one fashion or other, raised by Henson shows. I thought it would be cool to have a bunch of bands cover songs from Henson Projects, seeing as so many of us had this shared love and appreciation of Jim Henson.

Without Jason Kron's help, though, I would have never got it off the ground. I talked about doing it for years. He got tired of me talking about and was the one he pushed it into a reality. It was my idea, but it was his drive that got it off the ground."-Troy Simmons (The Hunger Artists)

"I am so impressed that this compilation got released. 50 songs by 50 different bands, and it made it out. Probably due to both universal love for muppets and Troy Simons’ friendliness. We had been playing shows with Troy and his band for a while, and we were all really excited at the notion of this compilation. Some of the best songs in the whole world are in muppet movies and shows.

Jim Henson inspired me to obsessively make puppets out of trash like milk jugs and discarded packaging as a kid. I was that kid who put on puppet shows for his classmates in 2nd and 3rd grade. Which evolved into dumpster diving to make weird monster puppets and costumes as a kid-brained adult. I think his work is really important, and I owe a lot to him.

I’m really glad that this compilation is getting re-released for three reasons. Troy worked really, really hard to make sure this came to life. But also, it’s a lovely time capsule of Phoenix DIY music in 2012. The magic of that time, for me, was the eclectic friendliness of the bands and the songs, and what better to capture eclectic friendliness than with the songs of the muppets? Lastly, anything muppets has always been about a bunch of misfits staying optimistic in the face of bad times. So there couldn’t be a better time for us to revisit these fun, warm songs than right now."-Alex Benson (Rough Tough Dynamite)