Plays The Screams of Drowning Ants, Bites of The Box​-​Packed Dogs

by The Domestication of Animals 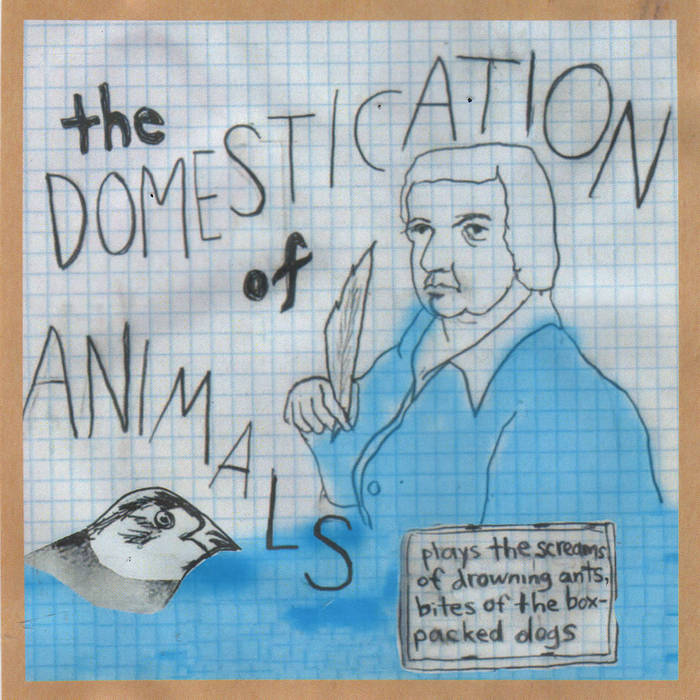 The Plural Of Vinyl

"I am a philanthropist of the absurd. I can count on one hand the times I’ve witnessed transcendent absurdity in music or art where I knew I had to intervene with my time, energy and money. In the case of the band "Domestication Of Animals," I became aware of the work of the young bandleader Mooey Moobau (Joe Tepperman) in the mid 2000’s and realized he was creating art that was ground-breaking and ahead of its time. I made it a mission to help him unleash his music on the world ...within the scope of my tiny label and its modest reach.

The first time I heard “What Can I Say” it short-circuited my brain. It’s a perfect spastic seizure of collage rock (collage, not college) like I’ve never heard before. It’s still the sound of the future and I wish more artists were this inventive and interesting. “My Baby Loves Western Civilization” is another frenetic masterpiece that rewired my short-circuited brain incorrectly and I’ve never fully recovered from what it did to me. Warning: This music is very challenging. In fact, it’s so challenging I don’t think i’ve ever listened to the entire album, and I paid to have it released! For me, it wasn’t a question of its palatability, but of its importance to music.

Ryan Avery, a fellow philanthropist of oddball music has taken it upon themself to re-release this album on their own label, Heirloom Records and I’m glad they are doing it. They sent me a link to the album and asked me to listen to it so I could write a few words, but I refused to download it. Again, this does not mean it’s not a brilliant album, it clearly is. But just like I wasn’t ready for it in 2008 when I put it out, I’m still not ready in 2021. Come to think of it, if I close my eyes I can’t even tell you the title of the album from memory because it’s so nonsensical and strange. It’s something about ants, box cars and dogs, I believe. I’ll take a few guesses at the title without looking:

I am proud to have been a part of putting this album out to the world and I'm grateful to Heirloom Records for taking the torch from me.. Maybe I will be brave enough to listen to it one day."-Ego Plum

Eddie Rivas recorded these songs at Total Annihilation Studios in L.A. during 2005 and 2006. Joe edited them further

Kristen Freman did the artwork

Originally released on Ebola Music in 2008

If you like Plays The Screams of Drowning Ants, Bites of The Box-Packed Dogs, you may also like: